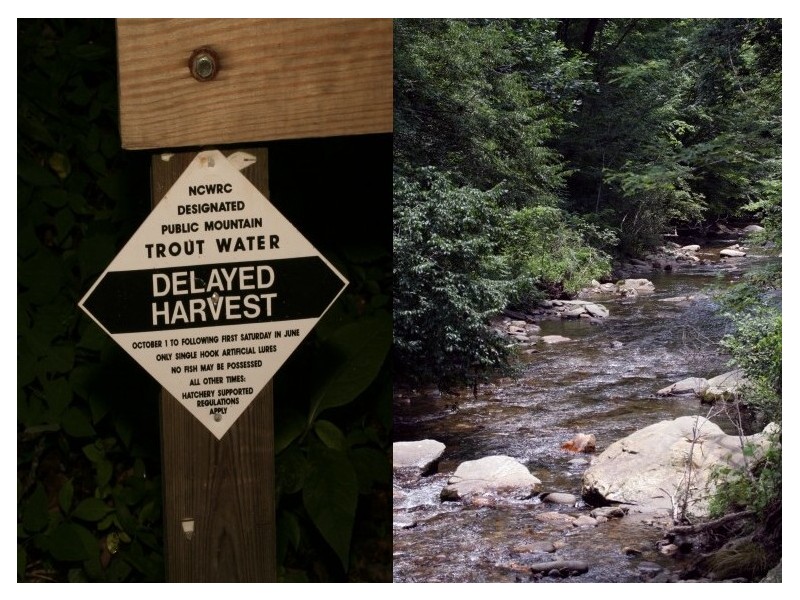 Of all the places in Western North Carolina that I could frequent, this has to be one of the most. Probably because it is close to home, about twenty five miles north of my home and just off I-40 East. Exit 72 for those of you who may just happen this away and if you get lost just stop and ask directions from the folks in the "Stuckys Citgo" at the exit, which also houses a "Dairy Queen" which I too frequent quite often on returning from the creek.

This creek has provided me with numerous hours of fly fishing for trout and for the collection of microorganisms for study using my microscope. It now provides me with hopefully, what will be hours of macro shooting. The diversity of life here is staggering and as I have mentioned before, the mountains here are among one of the most biologically diverse areas in the Eastern United States. 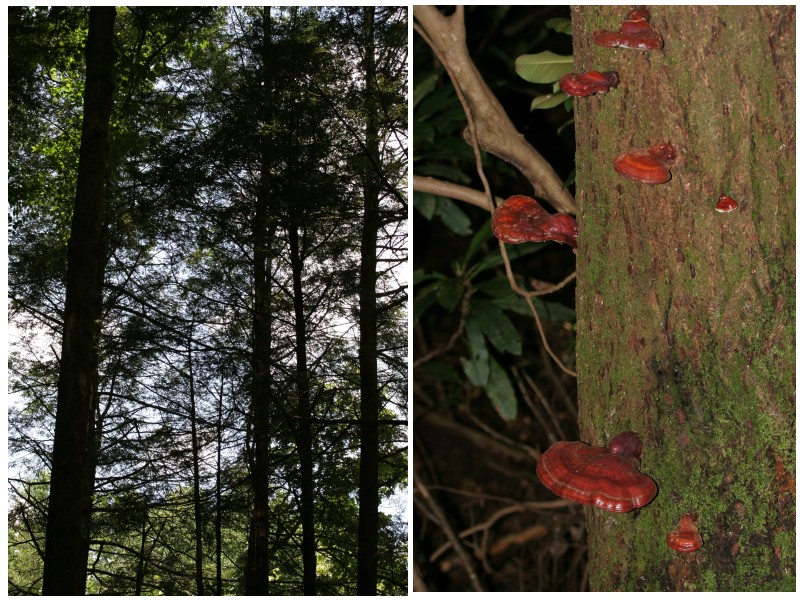 Upon arriving at the creek, one will immediately find tall stands of conifers, hardwoods, and thickets of Rhododendrons. All of these providing shade to help keep the creek cool during the summer and cooler temperatures for those who may visit here.

These forests are alive with all sorts of creatures. Bears, Deer, Cyotoes, just to name a few and also some of the biggest Copperheads you will ever find. There are also Timber Rattlers here too. One individual reported a rattler over several feet in length and stated that if it had struck him, it would have surely broken his leg along with inflicting a possibly venomous bite.

How about that MikeB

, no controlled situations here. You are one on one with Mother Nature. 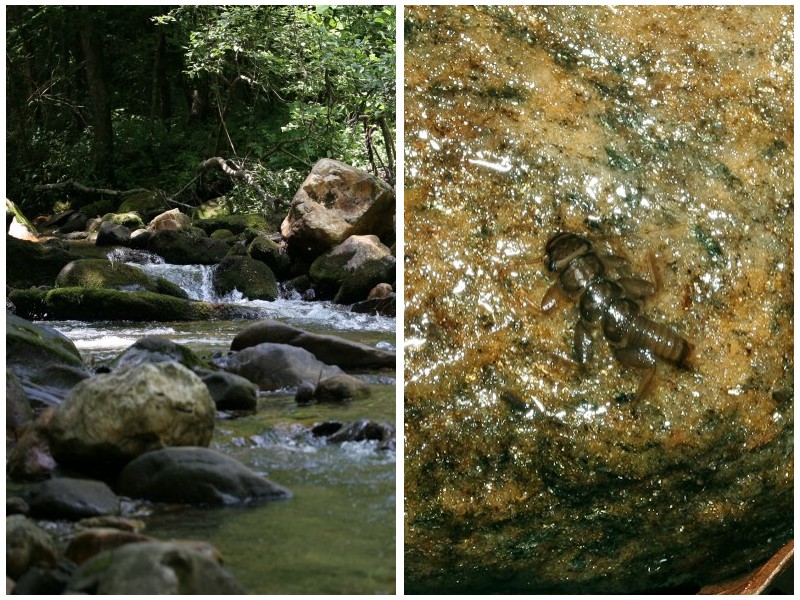 As I stated earlier, I often fish for trout in these waters. Some of them are stocked while others farther up-stream are native and wild. The only native trout to the Eastern United States is the Brook Trout, sometimes refered to as "char."

The stream has an abundance of macroinvertebrates and I was surprised that my little 60mm macro captured this Mayfly nymph as well as it did. Poor little thing has lost both of its cerci. One can also find Caddisfly nymphs, Water Pennies and Perriwinkles in the waters of Curtis Creek, just to name a few. 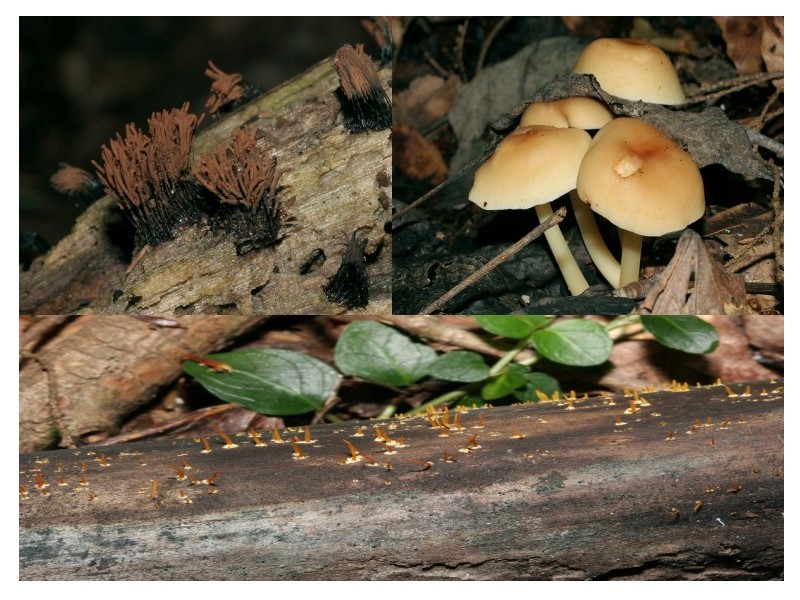 Since I am allowed four photographs, may as well make the best of my composites. Above are some of the fungi found living on the damp forest floor around the creek. The furry bunched up looking fungi in the top left hand corner used to be an amoeba or a plasmodial slime mold at one time. Pretty hard to believe but its so. These things really get around at about one inch per hour.

Looks like one heck of a place for macro (not to mention micro). Beautiful images Ken.
Sue Alden
Administrator
Repost of my images are welcome
Top

If you're ever down this away, I'll treat you to a sundae

at the Dairy Queen after the shoot. You can really spend hours here and also do a 12 mile hike which comes out at Andrews Gyser on the otherside of Old Fort. "Outward Bound" brings a lot of their kids out here for the hike durning the summer and fall.