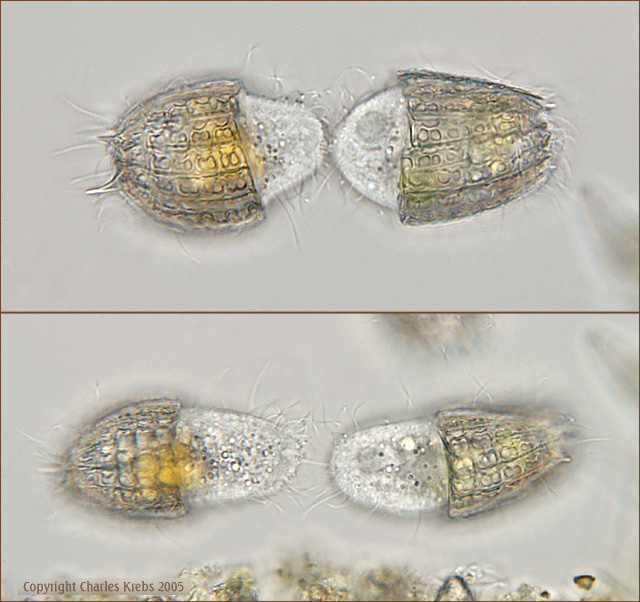 I've watched this interesting process several times now, and wondered why the two individuals seemed to stay "nose-to-nose" for quite a long time after it appeared the fission process was completed. Today I saw why... it's obvious in the lower picture.

That's just a spectacular shot. I wonder what that final connecting strand would show under phase.

Fascinating ! But what is that connecting strand?? Following cytokinesis there should be two identical and separate individual cells. Does this indicate an incomplete stage of separation, or is there some sort of cytoplasmic transfer going on between the two individuals?
George
Top

George... I"m not sure. I've seen something very similar in P. bursaria and was able to get a few pictures. Posted one a while back:
http://www.photomacrography1.net/forum/ ... .php?t=857
Top

I've noticed such tardy seperation several times myself. Even though the daughter cells appear clearly seperated, continued movement of the two cells together for a few seconds seems to indicate a tiny connection that still briefly exists.
Garry DeLong
Top
Locked
5 posts • Page 1 of 1