I have previously posted several times about the strange clumps of long thin straight ice crystals that have been forming on my deck this year.

Last night the weather was different, I guess. What formed were generally a lot more horizontal, and instead of being long, thin, and sharp, they were shorter, with clubbed ends. Many of them also appeared to have grown in stages, having rings like fish scales. The temperature must have been right at freezing when I shot these -- you can see drops of liquid water on the wood. 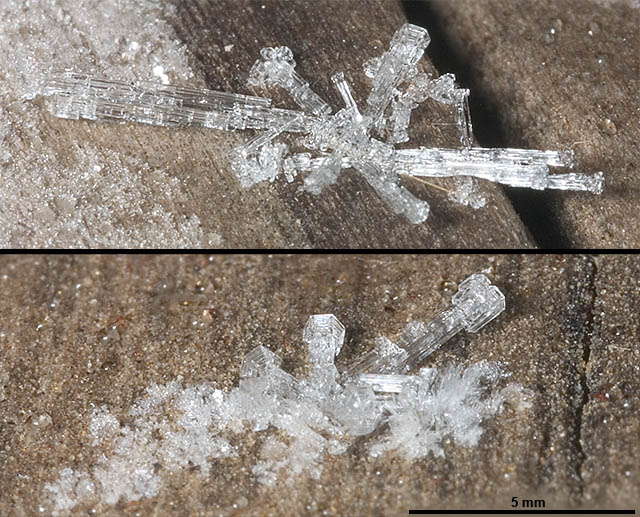 Here is the same clump at two scales. 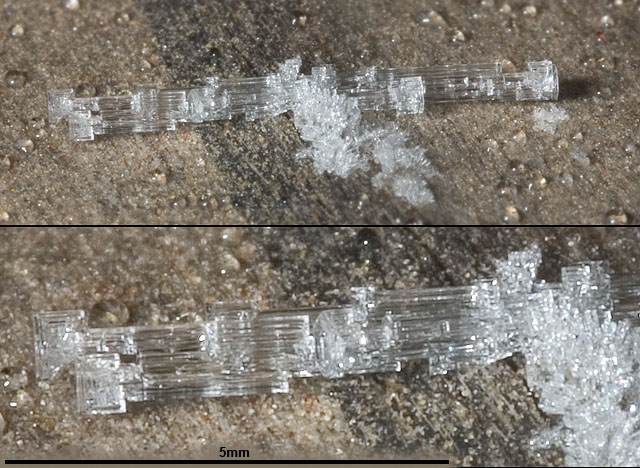 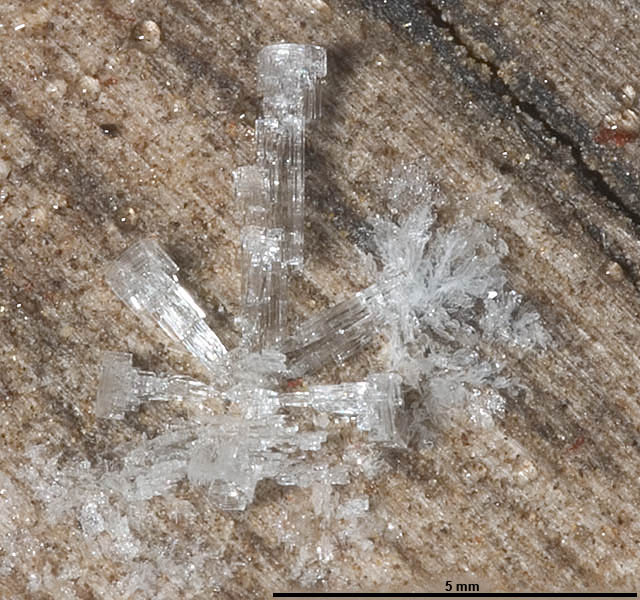 Beautiful. These are interesting in the way they took their form. They look like crystal rods.
Sue Alden
Administrator
Repost of my images are welcome
Top

These chrystals look like the ones I shot a while ago, they remind me of sugar chrystals. I like your composition better though.. what kind of wood are they growing in anyway? Those other spikes where beautifull too.

nephiliim wrote:These chrystals look like the ones I shot a while ago, they remind me of sugar chrystals. I like your composition better though.. what kind of wood are they growing in anyway? Those other spikes where beautifull too.

Thanks for the kind words!

I was surprised by the squarish shape of some of these crystals, particularly the second photo (third clump). I would have expected hexagonal shapes, by analogy with snowflakes. Perhaps these crystals are hexagonal on some axis that we can't see, and just appear square from the view point of these photos. Sugar crystals are naturally cubic, so it makes sense that they would look like this.

I do not recall seeing crystals like these in previous years, and they are so unique and obvious that I think I would have noticed. They are not forming on other surfaces, only the deck and railings that are made of the same material. I have a lot of other wood around, different kinds and not oiled, none of these crystals on those surfaces. I suspect the crystals have something to do with the oil, and I like MikeBinOklahoma's suggestion that the product has been reformulated. But exactly how the oil could do this, I have no idea. It's easy for me to imagine that the oil affects the start of crystal growth, but once it gets off the surface, why doesn't it revert to growing like standard frost or snowflakes?

Maybe it's because of the oil-drenched wood. The water may stay on top of it and therefore can easier form crystals. The ones I mensioned earlier where formed on succulents, those have a bit greasy top layer to protect them form drought

Here are another couple of images that you might find interesting. Notice the wide variety of crystals forms: clear block ice in the center of the cluster, with more conventional feathery frost around the outside. 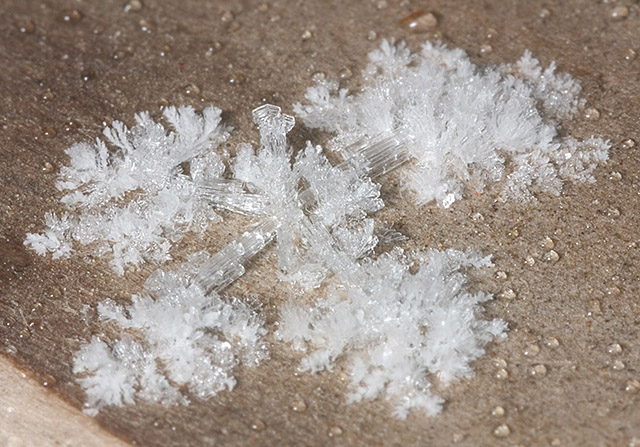 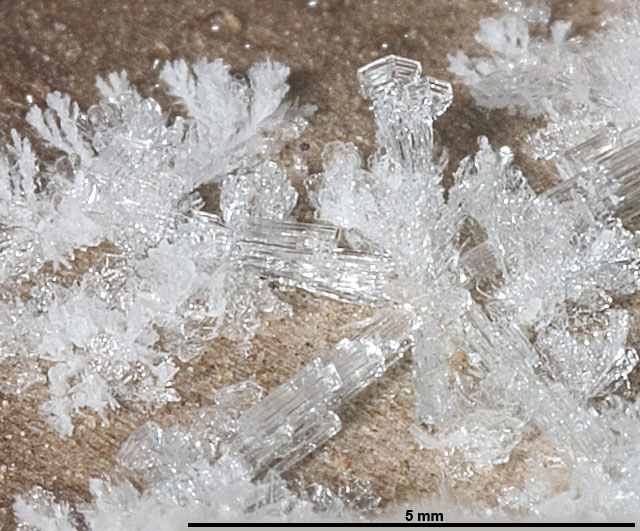 Beautiful photographs Rik. They look a lot like mineral deposits of some sort.

Awesome images that make me want to eat a York Peppermint Patty for some strange reason.

It's interesting how they seem to form in stages and gradually increase in size as they grow outward.
Michael Keniston
Site Administrator
Tampa, FL
www.aclosereyeview.com
m_keniston@aclosereyeview.com

"The possession of a camera can inspire something akin to lust and like all credible forms of lust, it can not be satisfied."