Here are a couple more from my 30d. The first one is a different (and I think better) pose of the same critter I posted earlier in the week.

Are the whites blown at all on the second pic? Something doesn't look quite right. How could I have improved it? This was a pretty teeny guy.

On the second one, the whites are not at all blown. (Photoshop says the very brightest is red=239.) 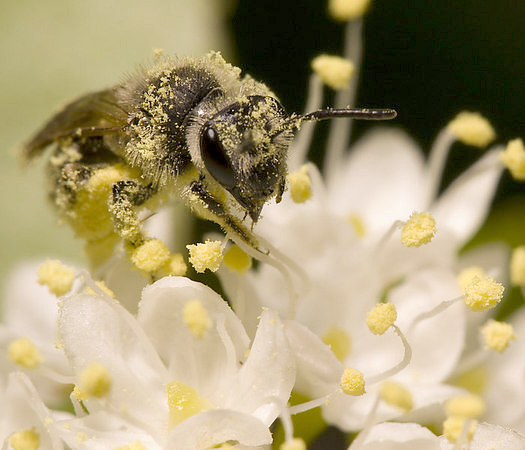 It could be that part of the "not quite right" feel is caused by that half-light, half-dark background. Something seems to jar my attention as my eyes wander around the picture, and that's the only thing I notice that would be doing it.

I am learning Photoshop CS2 as well and working with RAW formats. Do you have standard unsharp settings for the most part, or do you take them all on a case-by-case basis? I move the "slider" around for different 'sharpnesses', but have never messed with the pixel size...guess I have more work to do.

I go pretty much case by case, guided by what I want to accomplish, but of course I have some typical uses.

An image that is already sharp (detailed at the level of individual pixels) can be made more crisp by unsharp mask (USM) with a tiny radius and modest percentage. The 50% at 0.7 pixels that I used on yours is typical for this use.

An image that is slightly blurred at "view actual pixels" may be improved by USM with a radius around 1-2 pixels. In my own photos, this most often happens at high magnification where the image is starting to go soft from diffraction.

An image that looks too flat overall can sometimes be improved by USM with a small percentage but a large radius, say Amount 10% at Radius 1-3% of image width, maybe even 10% of image width. I don't use this often for macro, but it's very handy for landscape panoramas. (Try it on your bee at Amount 10-15%, 50 pixels = 10% of image width. You might like it.)

These uses are independent of each other. If I use USM at 40 pixels for overall contrast, I'll often USM at 0.7 pixels for crispness too.

Every once in a while something strange pops up, like Gary's rabbit. I expected a small Radius and modest Amount to help there, but when I set the Amount by adjusting the slider while watching for best appearance, I was shocked to end up with such a big value (200%!).

Radius matters a lot. I don't know any way to learn about it besides experimenting. Play with the sliders. Watch for halos about the same size as the Radius setting. When those appear, your Amount is too high for that Radius.

PS. Come to think of it, I do have one standard setting: Threshold at 0 levels. Anything higher, I personally have never found useful.
Top

Thanks very much Rik, I will be printing that out and using that as a guide. You are always very helpful.

Unbelievable the improvements you made on that rabbit...improved it buy more than just a 'hare'